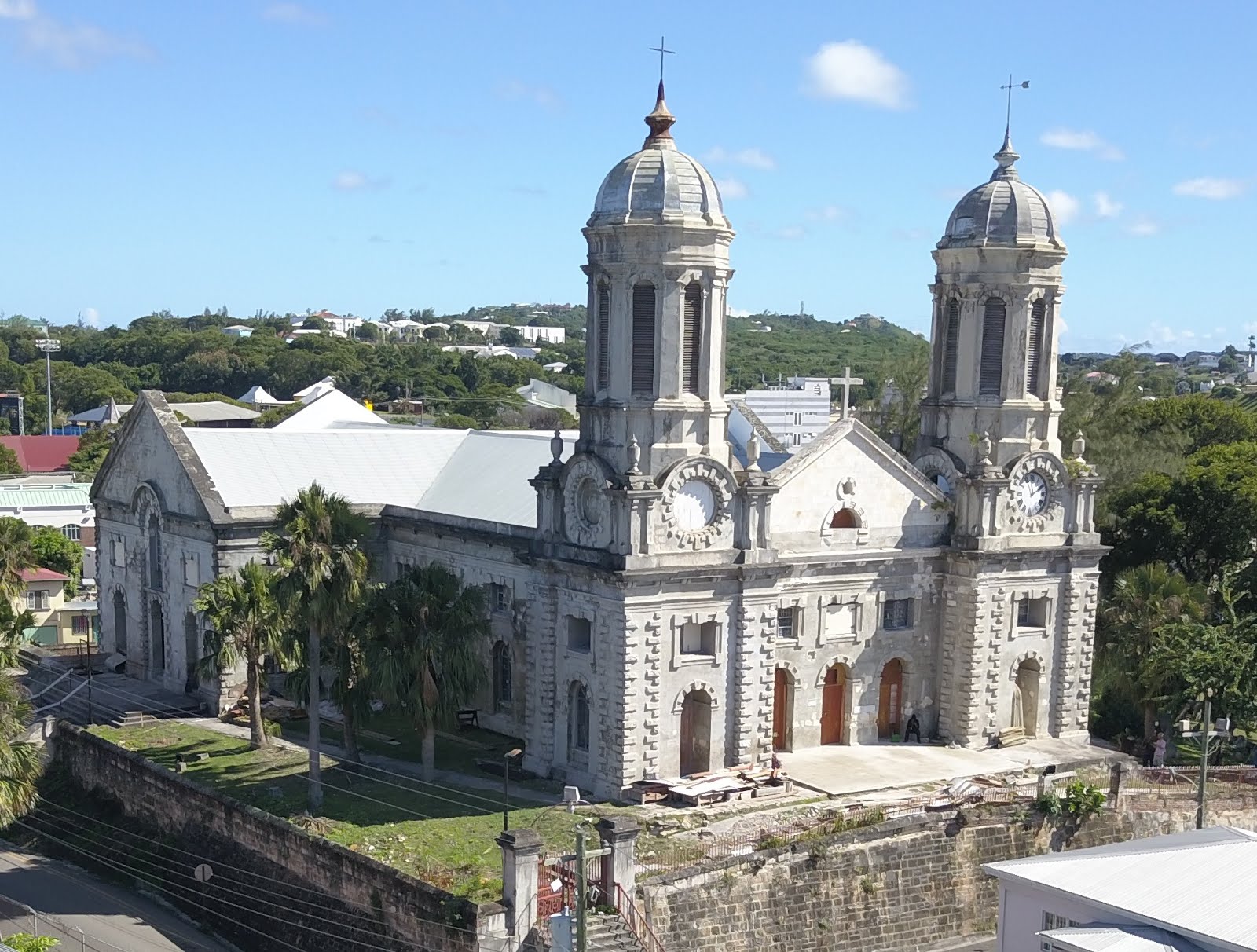 We are in the process of demolishing the West gable wall.  This was due to the appearance of significant cracks on the outside and loosened stones on the inside.  I have noticed that where the brick lining is missing is where the damages have appeared.
You will notice, in the picture above, when you click on it and enlarge it, that there is a crack that runs from top, where the cross is, down through the circular and semi-circular openings.
You will see from this picture above that the West gable wall is not brick lined like the North gable wall pictured below.

The deterioroation of the stones in the picture above is due to the portland cement wash on the exterior stones.  Since it is not porous it has caused the deterioration of stones all over the exterior of the Cathedral.  There are no structural cracks in this wall.

The inside of the West gable wall is lined with bricks except for one place.  The stones in this place have become loose and buckled inward.

Posted by Bruce Arrindell at 4:45 PM No comments:

The outter stone walls of the Cathedral are made of stone and are lined with bricks.  We have seen this in  many places.  This is apparently a common feature of stone walls.

Even in the heart of stone-districts bricks are now generally used for all internal walls, and for all but the facing of external walls. Their cheapness, and the facility with which they can be laid, have led to their adoption .....
.......external walls ......consist of an outer skin of stone ..... and an inner lining of .....brick,  ...These walls have usually one stone through in every square yard, ....

Sometimes, however, cast or wrought iron ties are used instead of through-stones...


For larger buildings, ...thicker walls should be used. This gives an opportunity for substituting bond-stones as at A (See Figure below) for the through-stones previously mentioned, and the brick lining may be tied to the body of the wall either by inner bond-stones as B, or preferably by rows of headers every fourth or fifth course as at CC.1
﻿

Demolition continues.
We were hoping to stop at the decorative edge above the windows but judging from the damages we are seeing inside, we may have to go down to the window lintels.

We now see just how rotten the inside of the wooden cross was.  I have a sentimental attachment to this cross.  After the 1974 earthquake the Cathedral was damaged and we were not allowed to re-enter it for some time.  From the outside the damage was not visible but the cross piece of this cross had fallen off.  The abscence of it indicated to me that the Cathedral was still damaged and the reattachement that repairs had been made.   I feel like I am saying goodbye to an old friend.  This object has done its duty and will now be discarded.  Thanks be to God, what it symbolises remains in our hearts.  " ...the wonderous Cross whereupon all human service and sacrifice find their highest consecration." (Archbishop Edward Hutson, 3rd May 1936)

Posted by Bruce Arrindell at 6:09 PM No comments:

This wall is an important feature in the iconic images of the Cathedral.  It sits between the twin towers and supports at its peak a wooden cross.

Yet like so many features on this Cathedral it too is falling apart.  Cracks have appeared between the circular and semicircular openings and one can look through the wooden cross in some spots.  Truth be told the wooden cross has been leaning a little back for months.  I shifted it when I held on to it for support the first few times I climbed over the roof.  The cracks are all the way through the brick lining in the inside and in some places the stones have buckled.  Needless to say it has to come down.  Demolition started today.


Posted by Bruce Arrindell at 1:17 PM No comments:

Pictures of the underside of the new roof.


﻿
The red metallic band are the new straps that had to be installed to accomodate the newer beams that are 1 inch thicker in some places.

Views through the open roof

More pictures of the now open roof over the Cathedral. 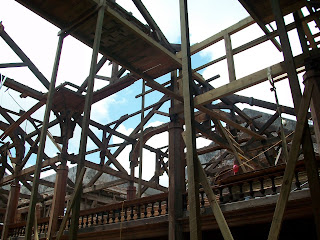 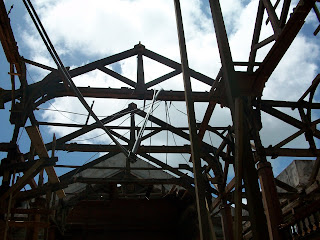 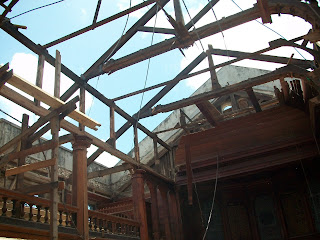 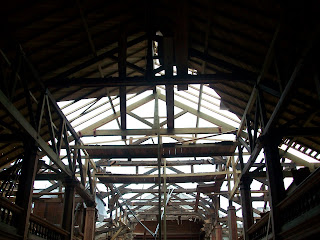 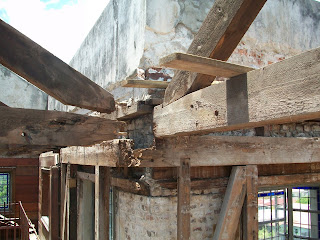 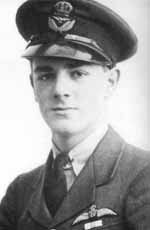 Captain Ian Donald Roy McDonald was a World War One fighter ace with 20 aerial victories.  Born to British parents in Antigua on the 9th September 1898, McDonald was schooled at the Antigua Grammer School and his name appears on the war memorial there.  In 1916 at the tender age of 18, he joined the Royal Flying Corps and was posted to 39 Squadron which was assigned to home defence.  England at that time was under aerial bombardment from Zepplins (Rigid airships, the forerunners of the Hindenburg).  This squadron flew BE 2s and BE12s and they had some success against the Zepplins.  However, McDonald clearly wanted to join the fast paced air war in France rather than chase dirigbles around the English countryside in these slow flying aircraft.
﻿﻿﻿﻿﻿
﻿﻿﻿﻿﻿﻿﻿﻿

In July of 1917, he transferred to 24 squadron in France and started flying the Airco DH 5.  In November and December of that year he would score his first three victories with that machine before the squadron re-equipped with S.E.-5as.
﻿﻿

With his experienced hands on one of the best British fighters of the war, McDonald would score 17 more victories between February and June of 1918 and be awarded the Military and Distinguished Flying Crosses.  McDonald shot down some of the most formidable German fighters of the time and displayed aggressiveness and a disregard for danger, according to his medal citations.  It appears that ill health took him out of the fighting in 1918 and he returned to Antigua in 1919 after the war ended.

However like many combatants of that war, he did not adjust well back to civilian life and rejoined the RAF again.  He would see action again in Iraq during the Great Iraqi Revolution of 1920.  Iraq during the First World War was a part of the Ottoman Turkish Empire.  Turkey had sided with the Germans and suffered the loss of their empire in the Middle East as part of the defeat they suffered with Germany.  The Iraqis then revolted against British rule and the rebellion was put down with the great help of RAF aircraft.  The aircraft they flew was the Airco DH-9a.  It was in this aircraft that McDonald would fly his last mission to drop supplies to a stranded gun boat.  The aircraft was either shot down or crash landed but McDonald was seen to have survived the crash.  He was apparently killed by hostile Iraqi tribesmen.  His body was never found.
The loss must have been quite great for his family.  Though he did not perish in the First World War his name appears in all the memorials and monuments to those who did.  At the Grammer School, at the Cenotaph and in the Memorial Chapel of the Cathedral.   My thoughts are mostly about his family who obviously went to great lengths to preserve his memory.  I believe in a way that their anguish might have been greater than most at the time.  He had such an outstanding career during the war and he survived it, when so many of his peers did not.  To still lose him in such a heart wrenching way, is just unimaginable.

He and so many of those who knew and loved him are all gone now.  They are all resting in peace and will rise again glory.  May God continue to use the memory of their lives to touch us all.
Posted by Bruce Arrindell at 7:28 PM No comments:

With the demolition of the roof came the removal of all hanging light fixtures, the candelabrum and memorials.  The propeller of Captain Ian McDonald's SE-5a aircraft came down today. I took the opportunity to clean it, take some close-up pictures of it and safely put it into storage.

﻿
﻿﻿﻿﻿
﻿﻿﻿ The propeller hung over the memorial chapel and was used as a light fixture. Orginally it held two incandescant light fixtures on its ends.  You can still see the remains of the posts on which they were mounted near the tips of each propeller blade.  These light fixtures were removed when the church changed all its light fixtures to fluorescent ones.

﻿ ﻿ The inscription on brass plate reads as follows: "The propeller of the Antigua Scouting machine used by Flight Commander Ian McDonald M.C.  D.F.C.  France 1917 - 1918."
Posted by Bruce Arrindell at 7:00 PM No comments:

We have removed the common rafters and ridge beams from the remainder of the roof.  The removal and replacement of the beams is next. 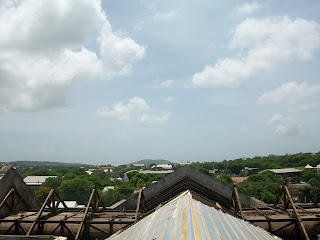 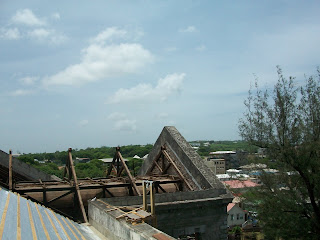 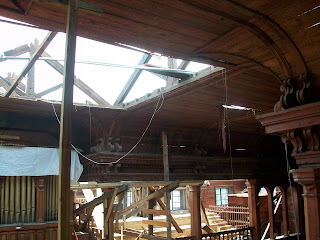 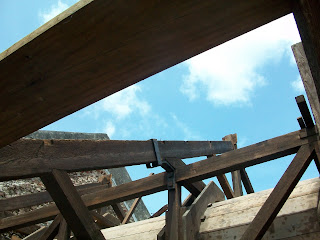 Posted by Bruce Arrindell at 12:17 PM No comments: 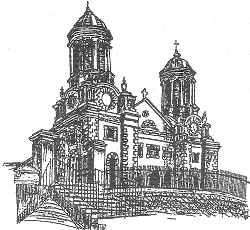 The Restoration of St.John's Cathedral Antigua

Promote Your Page Too